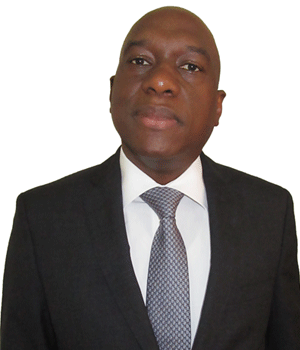 Me. Mody Oumar Barry is the Managing Partner of BAO & Fils. He started his career with the late Doctor Alpha Oumar Barry, Esq., the founding partner of BAO & Fils and one of the first private practionneer in the country. He has more than 20 years of experience in advising all major stakeholders in complex commercial transactions. He is both an experienced and seasoned litigator and transactional lawyer. Me. Mody Oumar is recognized as leading expert in the "band 1" category of major league tables (such as Chambers and Partners), and was also recognized by the continental journals "Jeune Afrique" and "Jeune Afrique Business"among the Top 50 business lawyers in Africa in the 2017 ranking.

Me. Mody Oumar is bilingual in the French and English languages (in addition to speaking the three main local languages in Guinea). He is admitted to bar in Guinea and graduated from University Gamal Abdel Nasser of Conakry and University of Quebec in Montreal.

Comments from Chambers and Partners (2019):
Mody Oumar Barry is highly sought after for his expertise in dispute resolution,

financing and transactional matters. He recently acted as local counsel to lenders on the financing of Guinea Alumina’s bauxite mine project. One source reported: “We have worked with him on a lot of files and each time he delivers results and provides business-minded, cost-effective advice.”